This event has passed.

As Open Finance has been officially recognised as a key strategic aim of the FCA in their 2019/2020 strategy, this Conference will bring together the innovators, disruptors and visionaries who will shape the future of Open Finance for UK Financial Services.

Building on these significant changes in the market, Open Finance will create a digital marketplace that will benefit UK financials services and will lead to the emergence of new customised financial propositions that all consumer to improve their financial control and wellbeing.

This conference offers a unique opportunity for leading international financial services practitioners, advisors and others to share best practice, insights and debate the future of the sector.

You will hear from industry experts and regulators on the:

Our Open Finance Conference is endorsed by CISI for up to 5.5 hours CPD credit. 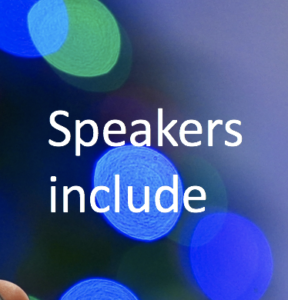 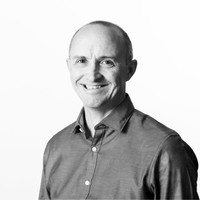 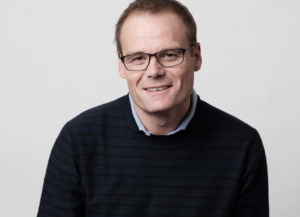 Mark is currently CEO of Bó — a new stand alone digital bank and banking platform by NatWest. Previously Mark was Chief Operating Officer for the RBS Group from April 2016, overseeing c20,000 staff within Services, covering the Franchise Operations teams, Shared Services, Data & Analytics and Payments. Mark returned to the RBS Group in 2010 where he spent 6 years running Solutions for the Non-Core Division. Mark was then appointed Co-CEO of RBS Capital Resolution (RCR) and subsequently CEO of Capital Resolution, taking on the leadership for the sale and run down portions of Corporate & Institutional Banking. Mark joined the Executive Committee in April 2015. Prior to this, Mark was Head of Barclays Capital's Principal Investments unit leading transactions in the UK, US and South Africa. Mark joined BarCap from RBS Equity Finance where he led investments such as Canary Wharf and Towergate. Mark is a qualified chartered accountant and trained with PwC Corporate Finance and Cooper & Lybrand audit. 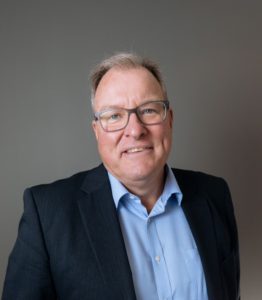 David Dalton-Brown has led the TISA team since January 2015, prior to which he served for three years on the TISA Board. David is also an NED at Aegon UK, Cofunds, Scottish Equitable and Chairman of Aegon investments – joining the Board of Aegon UK to support the business as it transitioned from a traditional L&P business to a modern, digital platform business. In addition to his NED positions at Aegon, David is also an NED on a number of Lexis Nexis businesses. During his career, David has held a number of key positions including Head of Fidelity FundsNetwork platform and Retail Business; Head of Barclays Retail Investment Businesses; External Board Director on Barclays Investment Boards; Partner at KPMG and EY; Head of the Exchange and senior Business Development, IT and e-commerce executive roles at Norwich Union and Prudential. 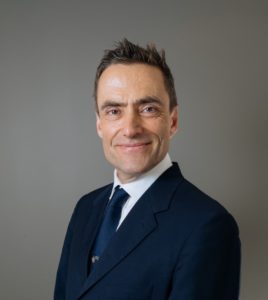 Harry Weber-Brown is the Digital Innovation Director for TISA who is responsible for all of TISA’s digital initiatives and projects, including the Digital Identity programme for consumers of financial services products and the Open Savings and Investment project. Harry has over 25 years of experience working in digital in strategic planning and programme management resulting in the delivery of transformational services within complex stakeholder environments. He has worked as a senior consultant, an interim Director and as a Non-Executive Director. Significant projects that Harry has managed include a European Commission funded project that focused on opening bank accounts across European borders, using Digital Identity, delivered through the eIDAS framework and a major re-development of the Money Advice Service’s digital proposition. Harry has worked across a range of sectors and clients including the Public Sector (Cabinet Office, Department of Health, Home Office and DWP), the Commercial sector (Old Mutual, Lloyds Banking Group, Reuters and Ask Jeeves) and the Not-for-Profit sector (NSPCC, Shelter and the BBC) before joining TISA in July 2018. He has more recently has been actively investing and mentoring digital start-ups with a focus on Advertising Tech and Digital Marketing services. 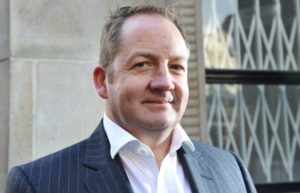 Adam has worked in Fintech for 20 years and he describes the sectors approach to change as conservative and slow. This has resulted in little real innovation but a lot of tinkering with processes and systems. This changed earlier in 2019 when he joined Anorak. Anorak is different, it approached the market as a complete outsider and without any preconceptions or concern for incumbent system constraints. We quickly assessed that the market was failing consumers, and unless they feel engaged and guided through the process of buying Life Insurance and Protection, things would never change. 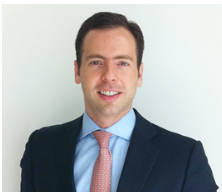 Eduardo Martinez Barrios is the Product Head of Open Banking at Santander, where he has also served as the group's Global Head of Application Portfolio Management and Data Quality/Management, and lead several digital programmes through multiple geographies. He has over fifteen years of experience working for large and complex enterprises including Santander, ABB, ExxonMobil and IBM. His international career includes positions in the Americas, Europe and Asia. His career has focussed on digital transformation, process management and implementation, data analytics and change management. Eduardo is now responsible for leading the efforts of Open Banking by Santander, one of the first banks to open up their APIs as part of the UK's regulatory programme to promote competition within the financial services industry, to bring open banking to the marketplace. 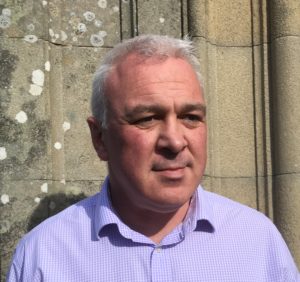 Gavin Littlejohn serves as Chairman of the Financial Data and Technology Association www.fdata.global, the Global Open Banking Trade Association, where he successfully led the campaign to have account aggregation added to PSD2 in 2013.  Through FDATA he is a leader of the Open Banking Movement and campaigns for common technical standards and a consistent liability models across the Globe.     ​Gavin was appointed as Convenor of the Fintech Stakeholder Group of the UK Open Banking Implementation Entity in 2016 and is now working with a number of other markets engaged on the same mission.   Gavin is a fintech entrepreneur with experience of developing innovative solutions to mass market problems and is well-renowned as the Founder of Money Dashboard, and acted as its CEO until 2015. 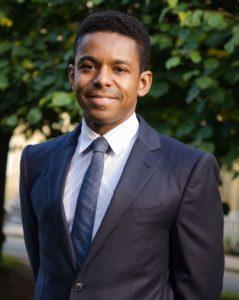 Sheldon Mills is Director of Competition at the FCA. He is responsible for a wide range of competition work conducted at the FCA, including market studies and competition enforcement cases. Previously, as Senior Director at the Competition and Markets Authority (CMA), Sheldon had overall leadership responsibility for the delivery of UK merger control across the entire economy and for the strategic design and implementation of the new UK StateAid regime. He is a qualified solicitor and prior to joining the CMA he practiced law at King & Wood Mallesons and Jones Day, counselling a range of UK and international clients in antitrust and competition law. Sheldon Mills holds undergraduate and postgraduate law degrees from King’s College, London and was born and raised in Cardiff, Wales. 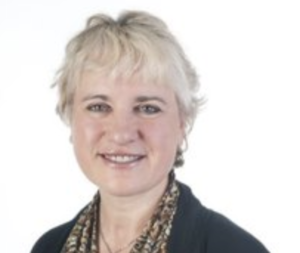 Dr Angela Pober is the Implementation Director for the Pensions Dashboards Industry Delivery Group (IDG). Angela chairs the IDG Implementation Executive and has overall accountability for the delivery of the Pensions Dashboards ecosystem. She will be leading and managing engagement with Industry to design and deliver the end to end system upon which the Dashboards rely to display pensions data to pension scheme members and other users. Angela has delivered large and complex programmes in the pensions and financial sector since 2002 and previously worked for Accenture, PepsiCo and TNT. She was a Board member of the London Pension Funds Authority and was awarded a PhD from King’s College London in the Governance of UK Pension Schemes. She also sits as a lay member of the Bar Standards Board Disciplinary Tribunal for the Council of the Inns of Court. 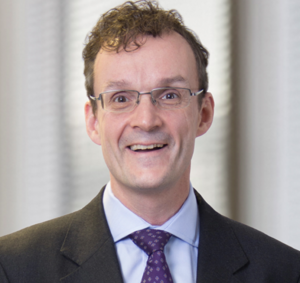 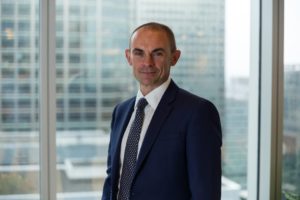 Hamish leads the Ernst & Young LLP UK Banking Technology team. He also serves as EY EMEIA Payments Leader. He started his career designing satellite and mobile telecommunications systems before bringing his network technology experience to financial services to focus on banking technology, payments and financial crime prevention. His portfolio includes a broad spectrum of clients, from established international institutions to new entrants and FinTech companies. He helps them understand the opportunities and risks in today’s changing environment, and balance the two. A regular speaker on open banking, payments, emerging technologies, legacy transformation and financial crime compliance, he has worked in multiple countries including India, Japan, New Zealand, Australia, the US, the Middle East and Europe. Hamish received a 1st class BEng (Hons) in Electronic Engineering from The University of Manchester Institute of Science and Technology. 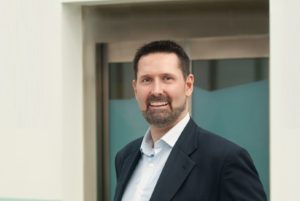 Jason is an Associate Partner in EY’s UK Insurance sector team with over 25 years’ experience in Life & Pensions, Retail Investment and Banking. He specialises in helping providers adapt their strategies and operating models in response to market and regulatory changes. Jason led EY’s Pensions in 2030 report on how we can rethink pensions and retirement systems to be fairer, more sustainable and produce better outcomes for countries and individuals, and is now leading EY’s thinking on Open Finance.